S’Ortale, respecting the agro-pastoral tradition and sustainability with its use of local products, offers a traditional Orosei cuisine with an innovative combination thanks to the influence of the offerings of the sea.

The undisputed and unfailing star on the tables of the Oroseini is bread, the so-called pane carasatu, a durum wheat bread baked twice to guarantee its shelf life (once very useful for shepherds). This bread is used to make two of the dishes on our menu, su pane vrintu and su mazze e murru, known as pane frattatu.

Dishes of poverty, handed down from mother to daughter, with strong flavours. The first consists of slices of bread softened in hot water and oil and lots of garlic, the second is a slice of bread that looks like a lasagna, made by soaking Carasatu bread in hot water, spreading it with tomato sauce, seasoning it with pecorino cheese and finally sealing it all with a poached egg.

In the past, in the homes of our grandparents, bread was ever-present, as were oil, cheese, tomatoes and certain spices such as herbs, garlic, onion, etc. Today, these ingredients have become the basis and secret of our cuisine.
One of the most important ingredients is extra virgin olive oil, of the highest quality and with the DOP mark. Cheeses, from pecorino and ricotta, also used in desserts, to ‘sa frue‘, (a sour cheese) are featured on our menu; sa frue being offered as an appetiser with tomatoes but also as a soup, sa minestra chin frue, a poor but delicious dish made only of water, pasta and frue.
Among the traditional pastas, are su ministru (fregula), sos maccarrones de punzu, de busa and sos anzelottos di ricotta e spinaci, fresh pasta made with durum wheat semolina. Su ministru (fregula) is shaped like small balls, worked by hand similar to couscous, and is suitable for marinated recipes, and light and delicate soups.

Main courses include suckling pig roasted over embers and flavoured with myrtle and other Mediterranean essences, as well as stewed or roasted lamb and mutton, and you must try our speciality, which must be booked in advance: pecora in cappotto (mutton stew).. Sas massaiasa brings back the taste and flavour of the territory of the Mediterranean maquis; among the desserts, we must mention sa seata, a contrast between the sweetness of the pasta and the lemon-scented pecorino filling, and sos anzellotos drucches, sweet ravioli with ricotta and lemon inside, served with strawberry tree honey (bitter), another important ingredient in our territory.

Also worth mentioning are ‘sos vuvosones‘. Also worth mentioning are ‘sos vuvosones’.Their special characteristic, apart from being flavoured with acquavite, the typical Sardinian grappa “s’abbardente”, is that they are fried, forming a very long spiral. In the Ristorante S’Ortale they can only be found on order.
This is the basis of a cuisine that was born from what the land and sea had to offer. Today it is Cristiano who, with his experience and creativity, works with the ingredients with a single mission: respect for tradition with an eye to the future.
With ingredients such as semolina, oil and cheese, he can create our black culurgiones with potatoes and bottarga (roe) inside. Fish ravioli stuffed with tuna or swordfish. Hot hors d’oeuvres, tuna tartare, aubergine cet.

The Ristorante S’Ortale’s mission today is to promote sustainability in the kitchen as well, through the choice of 0 km ingredients, respect for traditions and the creation of relationships with guests and, above all, with the social fabric of local farmers and growers, in order to share an approach that is respectful of the land and the environment. 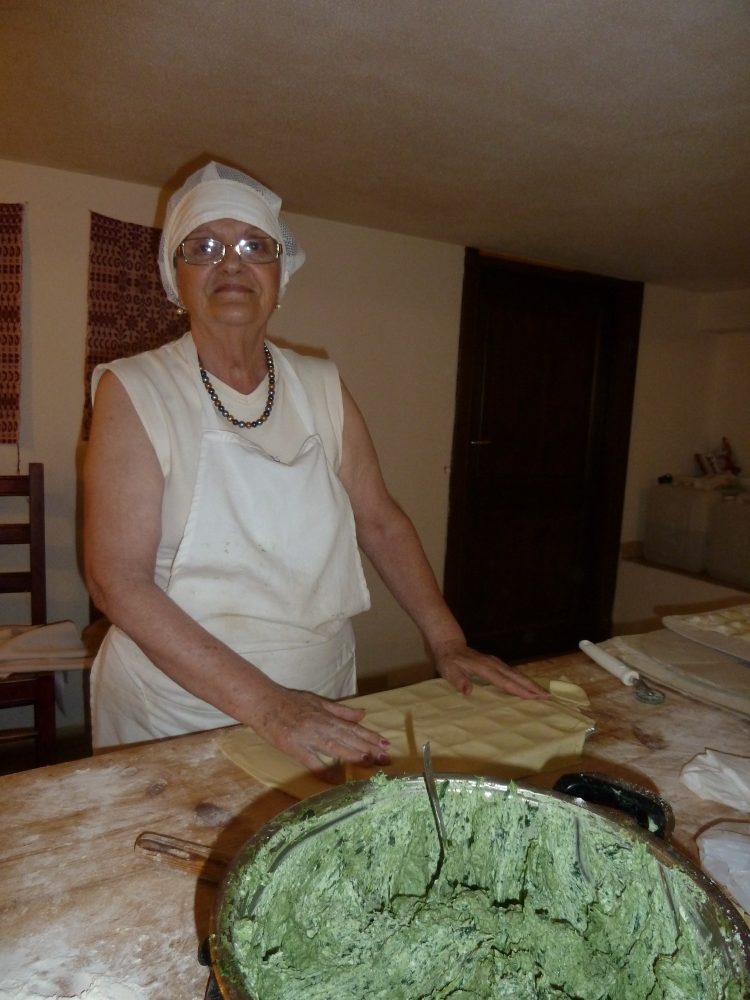 This site uses cookies, including third parties, to send you advertising and services in line with your preferences. If you want to learn more or opt out of all or some cookies click here . By closing this banner, scrolling this page or by clicking any of its elements consent to the use of cookies. Ok